The Amazon Spheres are three spherical conservatories that are part of the Amazon headquarters campus in Seattle. According to Amazon, the Spheres are a result of innovative thinking about the character of a workplace and an extended conversation about what is typically missing from urban offices– a direct link to nature. The Spheres are home to more than 40,000 plants from the cloud forest regions of over 30 countries.

Almost every section of the Spears was easily accessible in the wheelchair. The entrance had a ramp. After entering the building instead of going through the regular turnstiles, I used a turnstile  on the opposite side which was wide enough for the wheelchair to pass through. This led me to the lift/ elevator to go to the different floors. Restrooms are also accessible.

The spheres are a place where Amazon employees can think and work differently surrounded by plants.  I definitely had my share of working surrounded by greenery. I was also lucky enough to get a desk which had direct sunlight at that time of the day.

One of the most exciting features of Amazon Spheres are the living walls. With more than 25,000 plants woven into 4,000 square feet of mesh, these vertical gardens are an innovative demonstration of biodiversity. Check out a video of how this wall came into being. The plants found here include many ferns, cool growing orchids, and aroids.

The biodiversity at this indoor rainforest is intense. Let me take you through a few plants:

Begonia melanobullata is a very unique species found only is Thach An District, Cao Bang Province, Vietnam, near Vietnam-China border. It grows on semi-shaded wet cliffs on steep limestone slopes in it’s evergreen broad-leaved forest. The plant’s name refers to the color of the bullae on leaf surface; melano = black or dark, and bullae= blistered or puckered.

The Begonia soli-mutata is a native of countries such as Mexico, Central and South America, Asia and South Africa – regions with tropical and subtropical climates. This particular one is from South Asia. While the plants can grow very large horizontally, they don’t reach great heights because they grow from the rhizomes (plant stem that sends out roots and shoots from its nodes), which creep along the soil. These plants also have small flowers in shades of pink and white.

Petrocosmea is a member of the African violet family with most of the 47 recognized species occurring in China. It grows as a lithophyte in mossy forests and the Latin name means “pretty rock”. Delicate flowers in shades of white to purple emerge from underneath the tight rosette-forming leaves in late winter.

The carnivorous Pitcher plant is called so because of it’s pitcher-shaped leaves that form a passive pitfall trap. Pitcher plants are found in a wide range of habitats with poor soil conditions, from pine barrens to sandy coastal swamps, and rely on carnivory to obtain nutrients such as nitrogen and phosphorus.

The lid of the pitcher secretes nectar to attract prey, which are unable to escape from the trap because of its downward-pointing hairs and slick sides. The critically endangered Attenborough’s pitcher plant is one of the largest of all carnivorous plants, reaching up to 1.5 metres (4.9 feet) tall with pitchers that are 30 cm (11.8 inches) in diameter. Found near the summit of Mount Victoria on the island of Palawan in the Philippines, Attenborough’s pitcher plant is capable of capturing and digesting rodents, as well as insects and other small animals. The slender pitcher plant is also a part of the same family.

Cypripedioideae is a subfamily of orchids commonly known as lady’s slipper orchids. They are characterised by the slipper-shaped pouches (modified labella) of the flowers – the pouch traps insects so they are forced to climb up past the staminode, behind which they collect or deposit pollinia, thus fertilizing the flower.

Cypripedium species are native across much of North America as well as parts of Europe. This adorable little plant has only two leaves, which branch out from the center where its single flower stalk also grows. The unique flower looks just like a lady’s slipper (oftentimes spelled as such), closed tightly except for a small opening in the front. Blooms range in color from white and yellow to deep pink and nearly purple shades.

Last but not least, thanks to Amazon Spheres I got to know about the corpse flower. An Amorphophallus titanum, better known as a corpse flower, usually takes about seven years to produce its first bloom, which only remains open for about 48 hours.  While blooming the corpse flower possesses an odor of rotting flesh, which gives the plant its popular nickname. During this time, it also heats to 98 degrees to help the stench travel farther and attract pollinators. I picked up the below time-lapse video of the blooming from the Amazon blog.

The Amazon Spears is a little piece of nature, surrounded by an urban neighbourhood, where you can lose yourself.

4 thoughts on “Touring Amazon Spheres in my wheelchair” 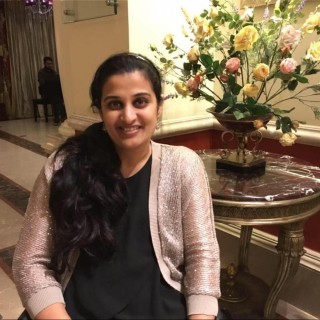